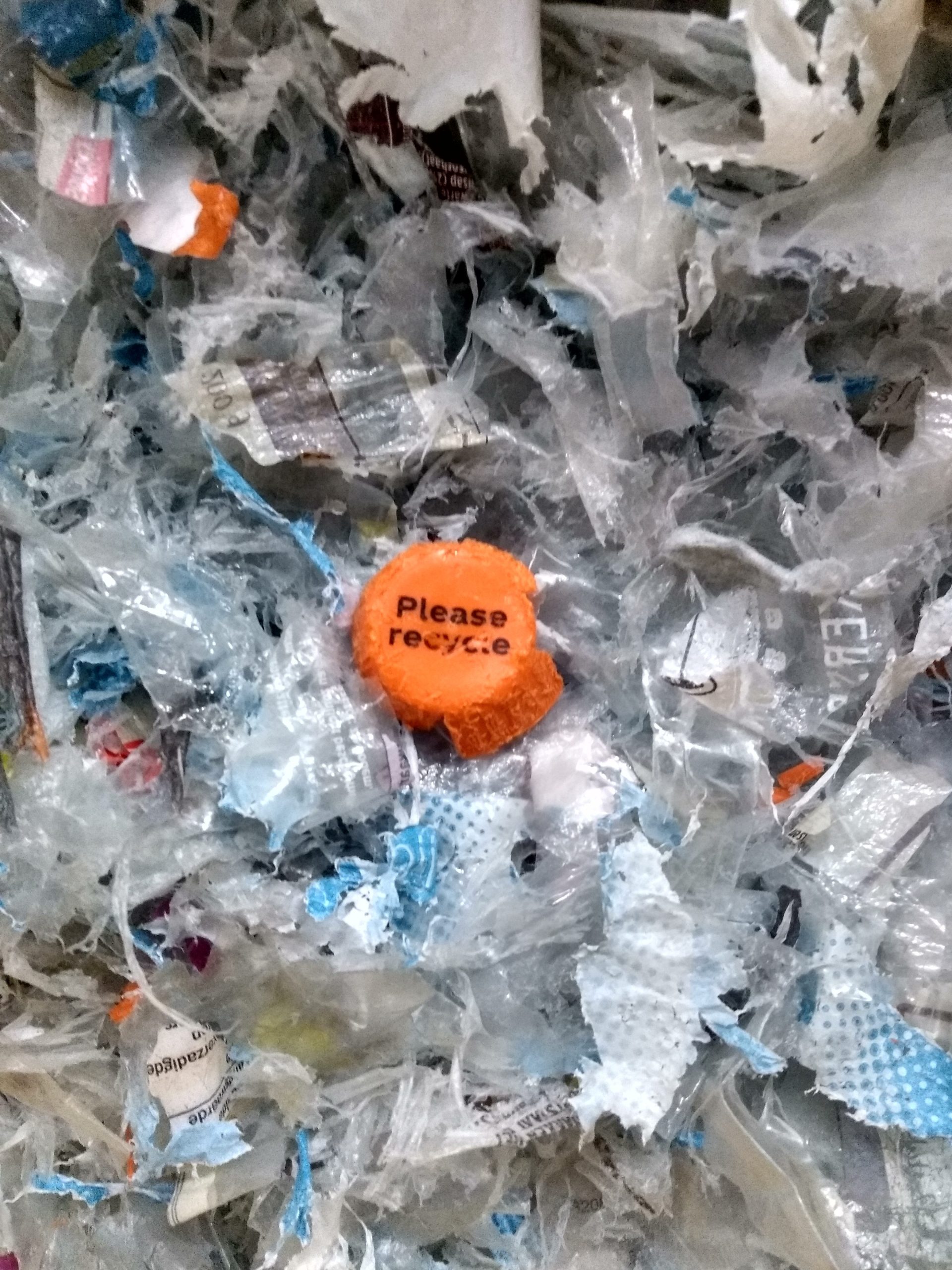 Since last year, the WOT has been in contact with HGI, an organisation that focuses on solving the plastic waste problem on small islands in the Moluccas. Several projects have been worked on since then.

First of all a shredder has been made. Most commercially available shredders use rolls with teeth to slowly grind plastic into small pieces. The tolerances on these machines should however be rather small for it to function properly. Often advanced machines are used such as a laser/plasma cutter or parts have to be bought, to fabricate these types of shredders. The idea behind building the shredder at the WOT was to investigate if it would also be possible to create a shredder which requires less precise parts and can be made with widely available tools.

In this case an engine from an electric lawnmower has been used, mounted on a wooden frame and a custom blade was made. The shredder basically resembles a large blender. A mix of plastic waste (mostly packaging waste) was put in the shredder. This was a mix of PE and PP films (such as plastic bags) and harder products from PE,PP or PET.

After some tests, teeth were filed into the blade to decrease the possibility of film winding around the blade. After this adjustment the shredder performed reasonably well. It did not shred material quickly, but, with some help it was able to shred film, which is a difficult material to shred for most shredders. This shredder serves as a proof of concept to show it is possible to shred plastic without an advanced setup. Further research should be done to see if the shredding process can be made more efficient so it takes less time. Also, still some foil winded around the blades, further improvements might mitigate this. If these problems are solved a more generic model (with construction manual) may be designed.

Fire is made on the lowest plate, of which the height can be adjusted. The bottom half of the oven is filled with sand to act as a buffer. This way temperature regulation is more controlled. Plastic is placed and melted in the top half of the oven.

Tests using the oven revealed that it was suitable for melting plastic, but that the temperatures reached were not high enough for melting PET properly. Possibly the buffer region could be made thinner to allow the oven to heat up further, but a more feasible approach is to separate the PET from the PE and PP. Also mixing the plastic when molten in the oven was difficult, the plastic is very viscous and the oven does not allow for great access.

Via HGI the WOT got into contact with Rik Voerman as he had designed an extruder for plastic. This extruder was made such that it would be easy to transport so that people in remote locations can use this machine. It uses a cement mixer that drives a wood auger, while plastic is heated with electrical heating elements. The machine extrudes a lump of plastic that is placed in a mould and pressed together. The extruder does not inject plastic into the mould under pressure as this would require more power and a bulkier setup. The machine is fed plastic pallets or agglomerated plastic film (film made into clumps). Foil is not picked up well by the screw and cannot be processed directly, even if it is shredded.

At the WOT we decided to build this extruder for ourselves. Rik supplied us with the necessary components which were assembled and a simple mould to perform tests with was made on the lathe. The extruder worked well, the molten plastic was deposited in the mould and the mould was closed in a vice. The results were as desired, and the machine was simpel to operate.

The extruder performs well at melting and mixing the plastic and it was easy to use. It seems to be a better option for melting plastic than the oven that was made. There are a few things that could be improved however. First of all the extruder is made in the Netherlands and shipped abroad, as it requires advanced machinery to produce. This raises questions about what happens if the machine breaks down, can it be fixed locally? Possible failure and the possibility of fixing the machine will be investigated.

Also the processing of film is difficult, while a significant portion of plastic waste is film. Shredding and agglomerating it is possible, but agglomerators are generally heavy machines that need a very large power supply. These machines may not be accessible to small businesses in developing countries. Research will be done to investigate if it is possible to agglomerate plastic with a smaller machine that requires less power. Also the shredder should be further improved to reliably and quickly shred plastic foils.

Another solution to this problem would be to study what happens inside the extruder and investigate whether the design can be changed such that it accepts film directly.

The further progress of these projects will be posted on this website.